skip to main | skip to sidebar

Pssssssst! I have a secret to share.... There is nothing wrong with your world. Fix the vibration. l o v e

From our vantage point, one positive word can make all the difference in the world. One positive view possesses the power to transform. It is our forever hope that among the thousands of words we illuminate, one will resonate and shift the vantage point of the receiver to a view of the world that vaporizes for at least a brief moment any and all negative emotion they ever could have visualized. l o V e!

Life in Pink or Desperate Sitches 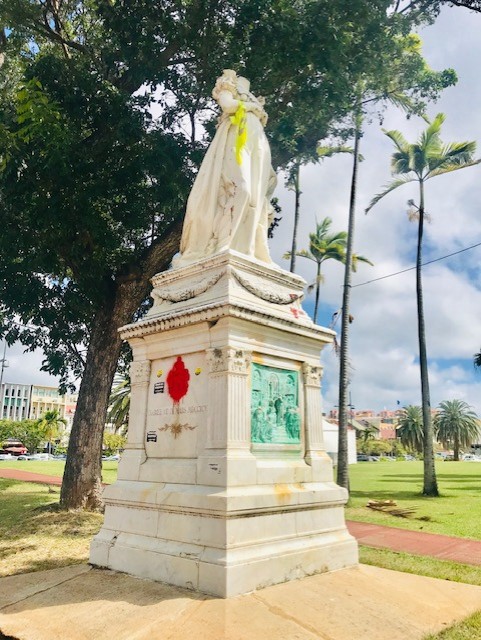 A few weeks back I travelled to the French island of Martinique. After being there for only forty-five minutes, I remembered I already knew French, A LOT of French from a long time ago. I lived in Paris more than twenty years ago… maybe from longer longer ago? In my mind I knew French, like when you see someone that you know you have met somewhere before. You know you know them. I knew French like that.

I had worked as an au pair, so my l e v e l of French sounded more like third grader French. Like Tu veux ma photo French? This happens to be the English equivalent of take a picture it will last longer.

Even when I lived in France, French was something I felt I knew in an intimate sort of way. I’ve only had one proper French classroom semester in the seventh grade, when they made us take foreign l a n g u a g e, and we studied Spanish for one Semester, and French for the other. I remember my teacher, Mrs. Finnen, but don’t remember the l e s s o n s so much. Maybe Francais comes with such ease because of the Latin I learned for several years during high school from Mrs. Wray.

It’s more intimate – it’s more inside of me. It’s more mother tongue, like motherese. Kay told me that I once was a Caribbean slave. Like that, like genetically, or previously coded. This is my s p e a k. So, I travelled to Martinique, and remembered for the third or fourth time this lifetime that I needed to learn one of my native languages – French.

Sweetness and I took a quick jaunt to this neighboring island. We stepped off the f e r r y in Fort De France to get our bearings and straight into a possible iguanas’ lair. On our little side street, we saw at least three too large lizards.

“To speak a language is to take on a world, a culture.” Frantz Fanon


This birth place of Frantz had streets and a vibe named after him to evidence the connection.

We marched in the same direction with this uhdorable elder from Trinidad. She came over only to “shop” for the day. She lived on this island many years ago and got work in hotels with her impeccable English.

When she referred to those many years ago, she looked wistful and glossy eyed like Joe sitting in therapy with Dr. Nicky talking about Beck in the Netflix creepy original, You. I wanted to imagine that Ms. Elder Trini was obsessively stalking a past lover to have a cup of tea before a possible rekindling rendez vous. All – “ Voulez vous coucher avec moi ce soir?”

She had all the spirit that I wanted to have in my 80s. I didn’t know if we asked her, or whether she invited herself, but the three of us ate breakfast baguettes in the f a b u l o u s diner, Le 62 at 62 Avenue des Caraibes.

The language trigger happened. I couldn’t make myself stop spouting my rusty ass 20-year-old French. Like a cartoon character, I wanted to slap my own hand over my mouth, to stop the broken French from seeping out. If our Lady Marmalade meal companion had been 20 years younger we would have exchanged social media information, but we Frenchie French on both cheeks s m o o c h e d her an au revoir.

We stumbled toward the Schoelcher Library (Bibliothѐque Schoelcher) on Rue Victor Sévѐre. Because well it’s a library, and uh free Wi-Fi. They named the library after Victor Schoelcher, a French writer, that worked tirelessly to rid the Caribbean of slavery.
In the library, I asked for directions to the Aimѐ Césaire exhibit. Of English and of French, a lady with a Blaxploitation sized afro gave us directions. Oh, BTW, Martinique houses some flyed out magnificent hair. Had me considering a big chop.

We started our trek. Sweetness realized I didn’t have an itinerary. Uh-oh. I had downloaded a GPSmycity on Martinique, and read exactly two blogs, but nothing really thought out. We wandered around the bubbling city of Fort Du France, that sleepishly awakened for the day. We carried our bags that weighed more each second.
We f o u n d the Hotel De Ville and chopped it up with cute curators. Césaire’s poem, Notebook of a Return to the Native Land on the steps toward his office touched my s o u l. We rode a boat to our side of town, Les Trois-Ilets.

We stashed our luggage, grabbed our turquoise beach wristbands, and called our cab to my one plan planned destination. Anse Cafard. I don’t want to write about Anse Cafard… yet. Not here. One does not just mention Anse Cafard in a blog, one writes an entire blog, or story, or novel dedicated to it or not at all. The taxi tour was mystical and magical.

We chaise lounged on the crowded holiday beach for quite a while. We dressed fancy for dinner to eat pizza at Hasta La Pizza. We took a morning coffee at a spot in the Village Creole called Ice N Coffee after walking in the rain. Even the rain. So much like France. We spent more time resting on the beach, and I snorkeled. We water taxied back from Les Trois-Ilets and people watched in the square and watched people pile from cruise ships.

Then I saw what I didn’t know that I had really come to see. We passed her on our way returning to port.

In La Savane Park stood a statue of Empress Josephine, Napoleon Bonaparte’s first wife. She was born in Martinique. More than twenty years ago this art form had been enhanced – decapitated. I can’t really say defaced as there lacked a head and a face, but defaced, nonetheless. It was striking. Purpose filled brokenness.  A loud quiet. Or what Sal called a desperate situation.

I always believed that the Caribbean spirit had been more fire, more able to stand up to overthrow – like Toussaint, more able to cull writerly leaders – like Cesaire or Garvey and more able to create independent thinkers in the midst of oppression and chaos swirling around humanity – like Fanon.

You know? Like Peter Tosh publishing and singing the lyrics to Equal Rights in the seventies.

How much Martinique reminded me of France made me uneasy. It was as if we were actually in France. It was like telling me there was no Black Santa. Martinique didn’t seem to own any underlying resistance. I thought it smelled like Octavia Butler’s Lillith’s compliant complicity. Maybe that’s what it was, how it had to be. I thought I would see more of Ye’s it’s all a choice mentality.

And there it was. It WAS there in her. I needed to see her, Empress Josephine. She quelled my growing disenchantment. In the middle of the town square, unfixed and unphased, a “resister” (I’m reading Adulthood Rites Book Two of The Xenogenesis Trilogy by Butler) had spray painted in an angry red over the word colony and affixed a question mark next to it.

Colony?
Like I got your colony, Boo.
As I had hoped.
Listening to Lana Del Rey “Hope is a dangerous thing for a woman like me to Have.” 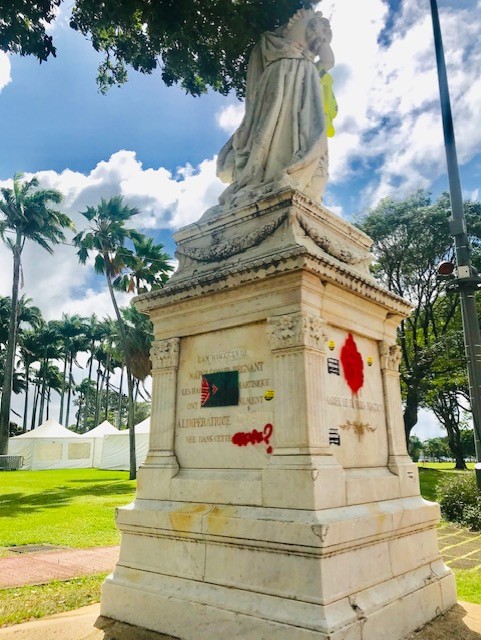